This page is dedicated to the online exhibition “Bear the extended body”, part of “The Wrong Biennale 2019” – thewrong.org
WARNING FOR EPILEPTIC PEOPLE – some images have stoboscopic effects

Code is an online project which occur twice a year and dedicated to art research on digital issues within our societal structures. Between the 2nd of September and the 30th of December 2019, 14 artists-researchers (7 groups of 2) were involved in Code Art Research Program / Program 02019, to deploy new discursive questioning about our digital everyday life. This way, collaborative research is becoming a way to materialize a critical look on society and re-appropriate ourselves within the societal structures.
… here is their researches

Let’s start with a body
Yours, Mine…
If the inherent nature of a vegetable – animal – human nature is death, how can we see ourselves within the digital life we all daily live? Do we still meet death?
This allows to emerge the important question about the ambivalence between the body and the digital identity – an ambivalence so porous, so linked, as the digital has impact on physical body. This is why we have to approach digital as an environnement, part of our societal structure. In a good or bad way, but above all as a referent, a decoder of what we might think in the physical reality.
Let’s think about us, about our environnement, our gestures, our habits, our interactivity we have with digital – trust me you could learn things…
–
Giorgio Agamben – What is a Dispositive

Are we less humans online?
“How to say goodbye to our multiple digital identities ”
With memorial pages, people are exchanging messages with dead people instead of sharing with the living family. It doesn’t make any sense… We  focus our mourning to the wrong entity.
–
And if digital identities had a period of expiry, just as real-life starts with born and ends to death ? Many platforms, however, are designed without considering the actual death of the self.
–
Digital data after owner’s death, is only a taxidermied stuff. In this way, not access to digital world for a while could be near death experience for digital identity. While we sleep, we fall into small death literally.
–
A research organized like an experiment in this whole meta-research, as a virtual identity, as a character in Sims.
–
Every data of us is in digital world…in other words, I need support of digital information to be me.
–
We are frightened of new media experience. Next generation could feel nothing about digital identity. Entropy is our enemy, but also our friend; it defines that part of us that is changing, coming into bloom and then, because we are mortal, fading.”
–
Thanatosensitivity
Digital Death and Afterlife Online Services List
7 Resources for Handling Digital Life After Death
DeadSocial – Digital Legacy Management
Apple | Apocalypse WWDC 2017
Support Google Inactive Account
Not-fade-away-living-dying
Memory remains

What could be a a near-death experience in the digital world?

by Diane Albasini and Sungwoo Kim

What is the reality around us?
Read more

The sprawl
Metahaven (2014), Black Transparency / future gallery
Trade off Fallacy
e-flux/art-technology-and-humanism/Boris_Groys
Inaatese/trailer
Facial-recognition-surveillance
The-neighbour-before-the-house-project
–
Quote: It’s only when there are stains on the glass that you start to notice that there was transparency in the first place.
–
Data harvesting on consumer
The real vs. the unreal – double consciousness

What happens when the interpreter is a computer?
Read more 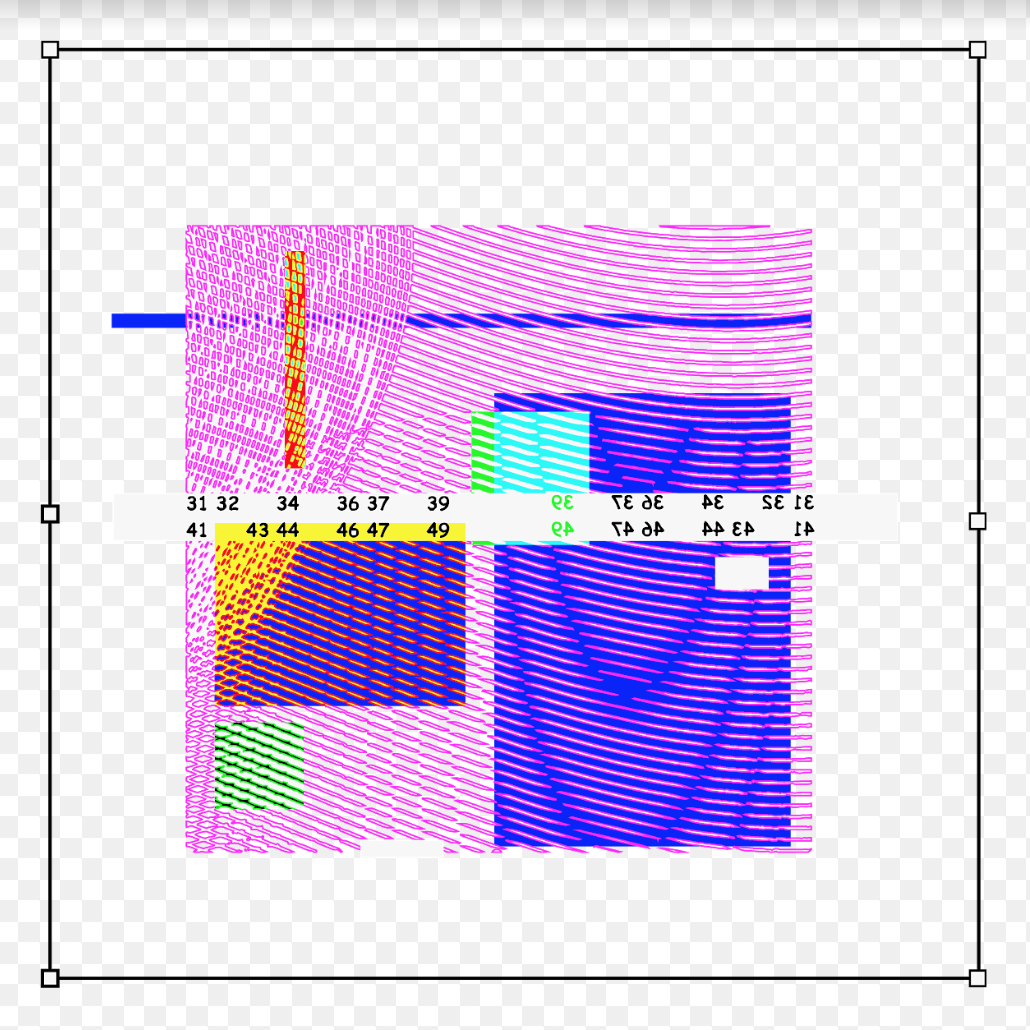 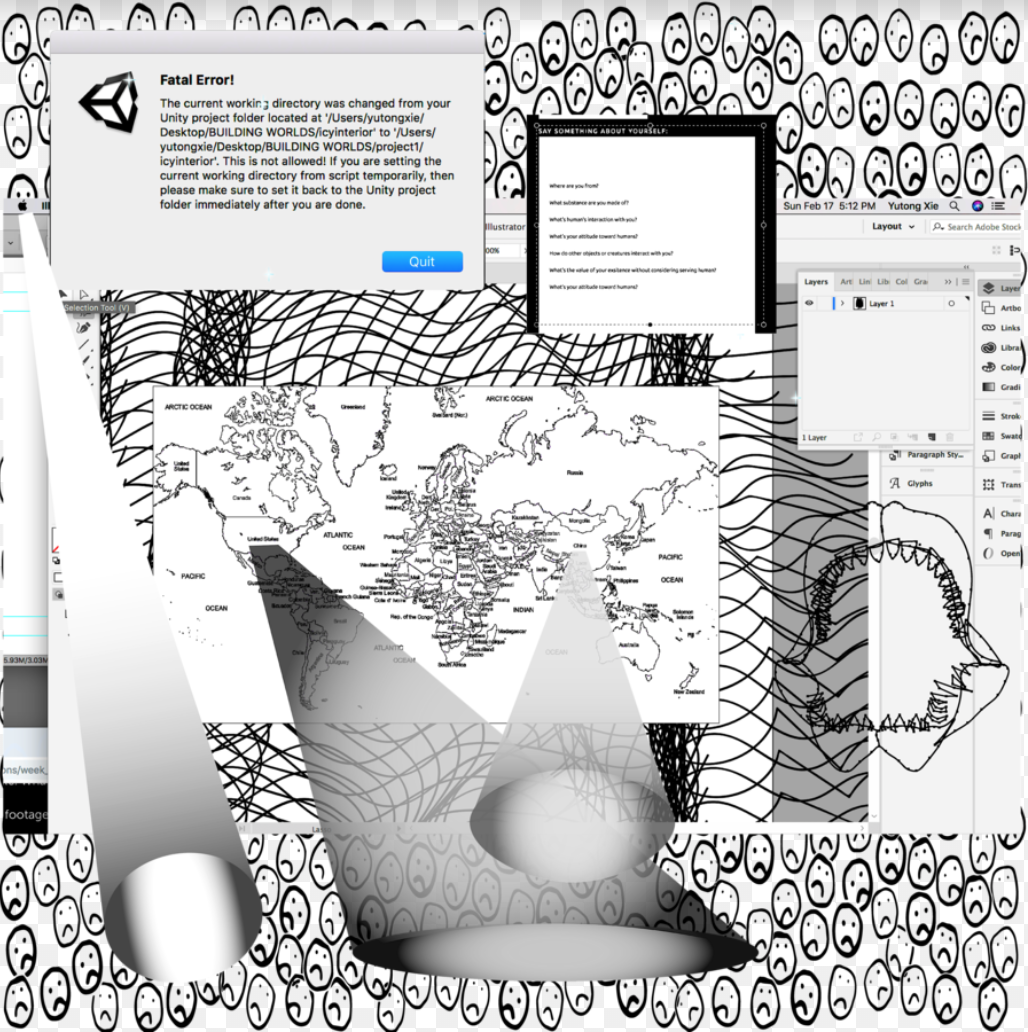 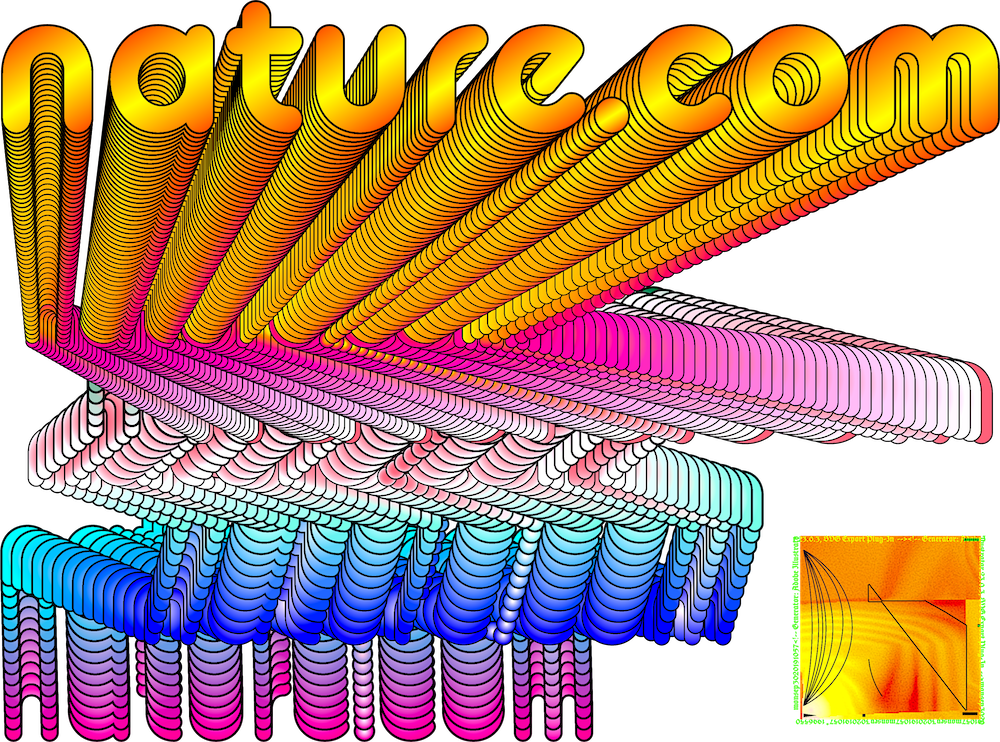 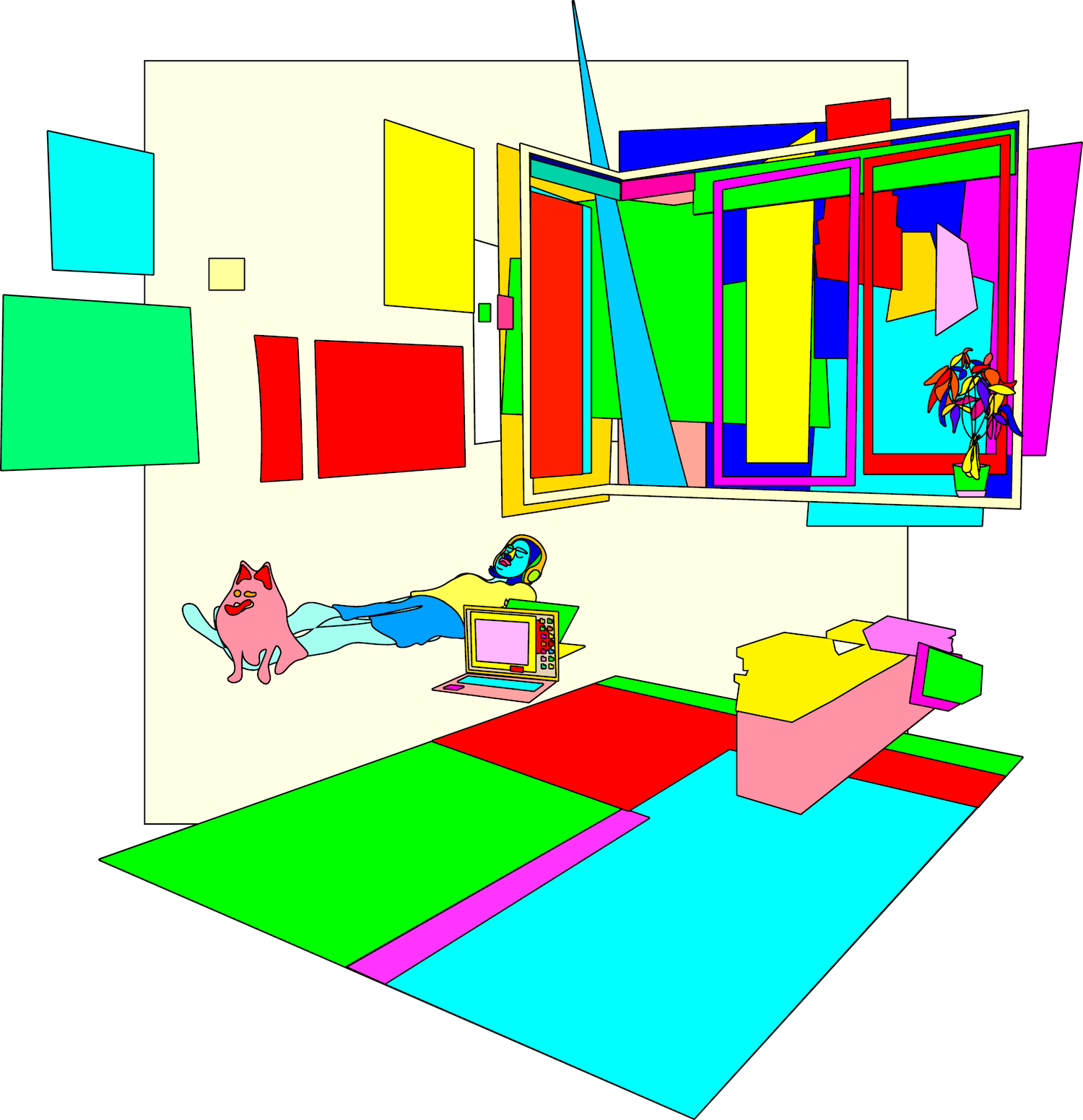 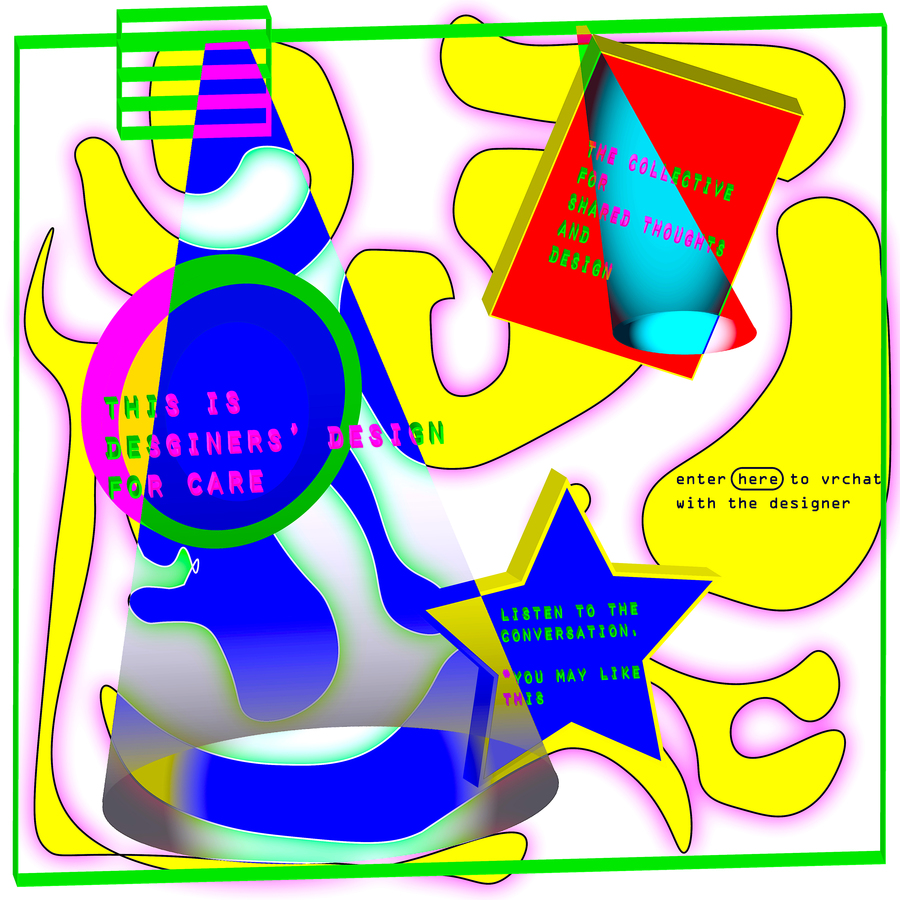 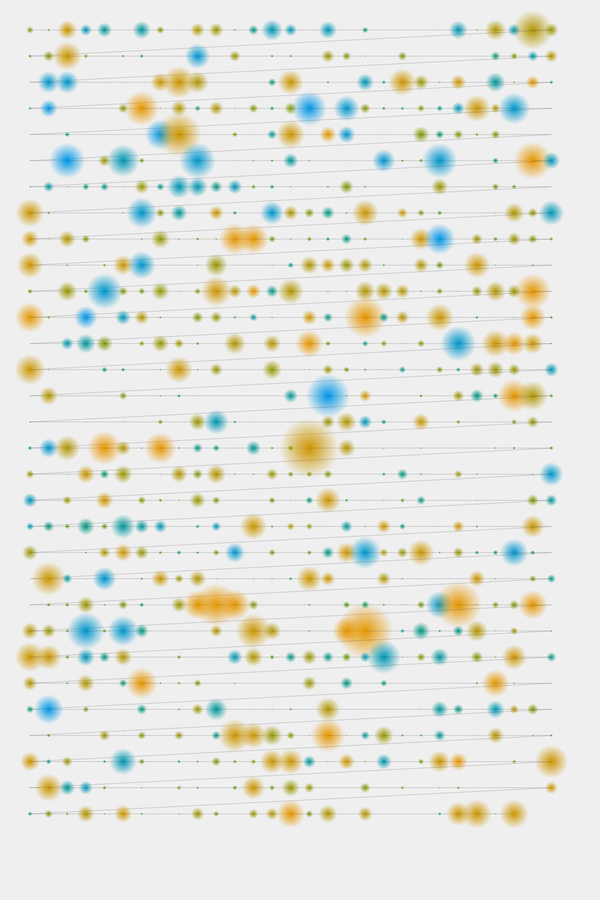 Sentiment Analysis: Concerning the Spiritual in Art
© by Jonathan Brandel

How friendly are our contemporary uses?
Read more

Design as a form of control and/or surveillance

Design and Control
by Erin Demastes
We shape our environments with design. The objects and tools we use, cities and infrastructures we navigate, search engines, social media, mythologies and propaganda- all of it has been designed. Some are thoughtfully crafted with altruistic intentions, and others are damaging to consumers either by way of neglect or by intentionally damaging or oppressive design. In all of the ways design is used, control is the thread that connects them.
When we use a well-designed product, we know how to use it because the design suggests an action. Sometimes the design forces an action. With both consumer products and large-scale industrial design, these forced actions are often for ease-of-use or safety purposes and prove helpful, but they also shape the way we interact with our environments in a way that can span generations. According to Don Norman in The Design of Everyday Things, the QWERTY keyboard design was first marketed as a way to keep the typing mechanism in typewriters from tangling, but we’ve stuck with this design for over a century because it would be too hard to unlearn. This is okay since they QWERTY keyboard happens to be particularly efficient for typing anyways, but this method of design isn’t always so harmless.
For instance, in Algorithms of Oppression, Dr. Noble goes into detail about how Google algorithms and their underlying information structures stem from information science. This seems reasonable at a glance, however, if further digging is done into what is categorized and how, one may notice the biases that are perpetuated through many of these hierarchies. As it turns out, when information science was emerging as a field of study, many libraries were run by white people, and these categories were based on their worldview. As a result, racism and prejudices continue to propagate through yet another medium.
Neglecting to do full research before design can lead to inefficient products and products that engender social inequality, but in the medical field, neglect can cause injury and death. In many medical tests, women are often left out because researchers deem their shifting hormones as too complex to be studied. As a result, men are used as the control group, and women are often considered outliers. According to Caroline Criado Perez in Invisible Women, Viagra was a successful candidate as a treatment for PMS, but because it was also able to treat erectile dysfunction, it was deemed a male drug and is only marketed and prescribed to males. This is one of many incidents where women’s health is put on the back burner. This issue extends from the lack of proper treatment of heart disease and pregnancy complications in women to doctors ignoring their female patients’ concerns and misdiagnosing them. All of these scenarios result in less-than-ideal healthcare for women and play a significant role in the continuation of their systemic oppression.
On a more conceptual level, control of image, perception, and ideas are also a result of design. Social media and marketing, of course, are the two most obvious ways people can control one’s perception. Influencers control their followers’ perception with a constructed mythology of themselves while businesses and marketing firms control consumers’ perception of their products often with a similar story. In The American Meme, a documentary about Paris Hilton and other early influencers, the merging of the individual personality with the company started around the early 2000s with reality TV and the beginnings of social media and has blossomed into a disorienting yet effective model for advertising. This was so much more than hiring a spokesperson for a company. It became a lifestyle. Mythologies are designed all over the world for different purposes. Governments build elaborate buildings to appear wealthy and prosperous to visitors, and leaders construct mythologies of their own skill and prowess to implement power. Wars, cults, and religious movements are all surrounded by some type of story to keep people obedient and under control, and companies create mythologies to keep us in the cycle of earning and spending.
Design of cities controls the public; prisons control inmates; social media controls image. Whether the outcome of the design is intentional or not, control is implemented. When a group of people are neglected in a study, they become oppressed. And if the technology continues throughout the ages, the effects will travel through time and media. What does design do to our social structure? Our sense of self? Our daily life? If crash test dummies are modeled after male bodies, how dangerous is my morning commute for me? How does the use of Google as a ubiquitous source of information affect my worldview? How is our own design limiting our experiences? And finally, does our constant need for control of our surroundings inadvertently end up controlling us?
–
Sources:
The Design of Everyday Things Don Norman
Algorithms of Oppression Dr. Safiya Noble
Invisible Women Caroline Criado Perez
The American Meme Directed by Bert Marcus

my searches 1
© by Erin Demastes

Evolution of Woman Yelling at a Cat Meme
© by Erin Demastes

#PEPE
by Zhi-fang Li
This project is comparing the dichotomy between interpersonal communication via oral traditions and mass communication via memes as mechanisms of resistance against cultural erasure. Hong Kong is uniquely situated where the majority still speaks Cantonese instead of the official language of Mandarin. The CCP have enacted several policies to ensure cultural hegemony by regulating China’s Standard Mandarin policies. Some of these measures include: decrease use of Cantonese (and no use of any other dialect) in Chinese television, sponsorship of interracial marriages between Mandarin speakers and ethnic minorities like Muslims and Tibetans, and forcing Hong Kong universities to adopt Mandarin. The very act of speaking in your mother tongue is an act of protest. 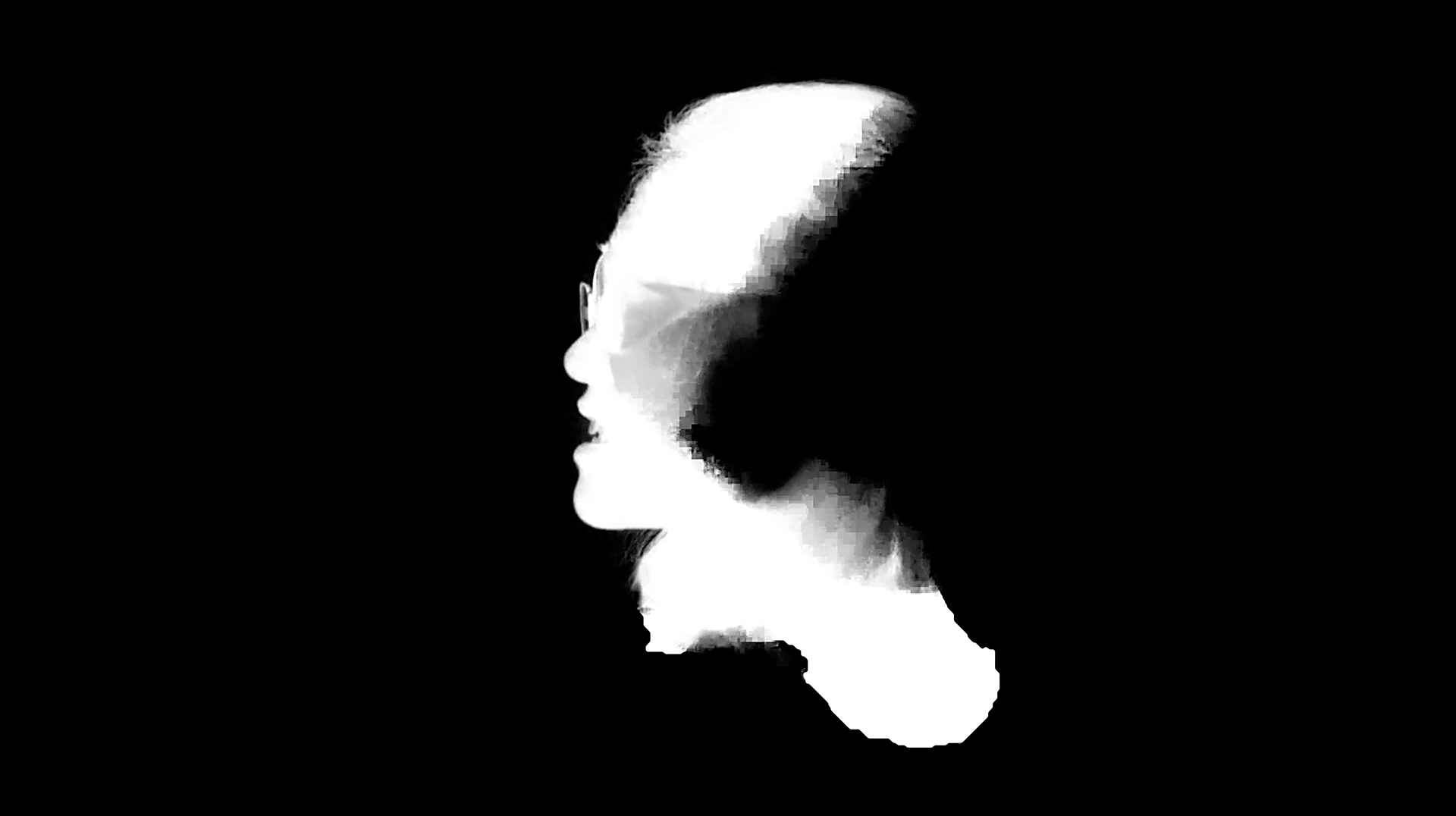 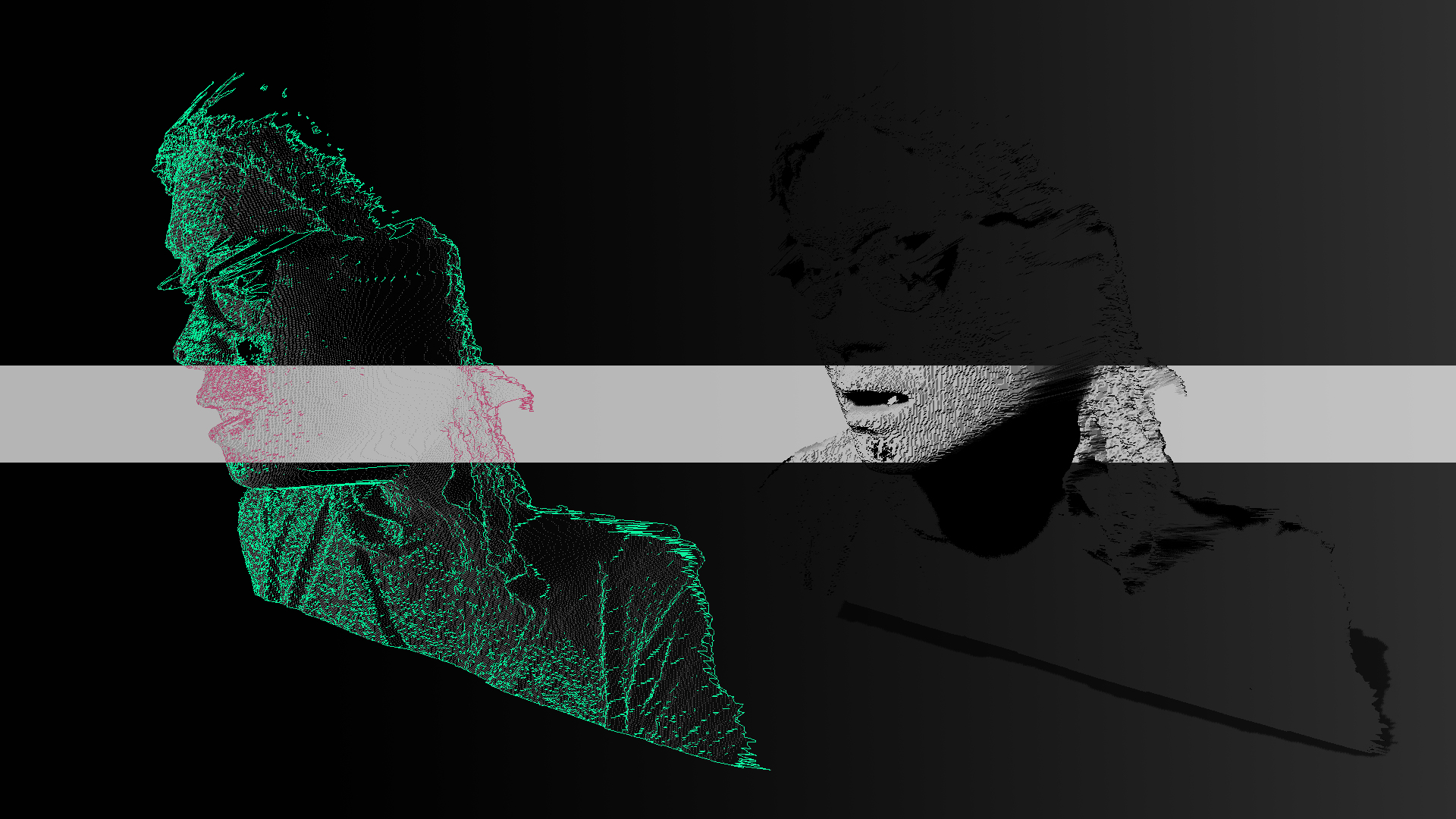 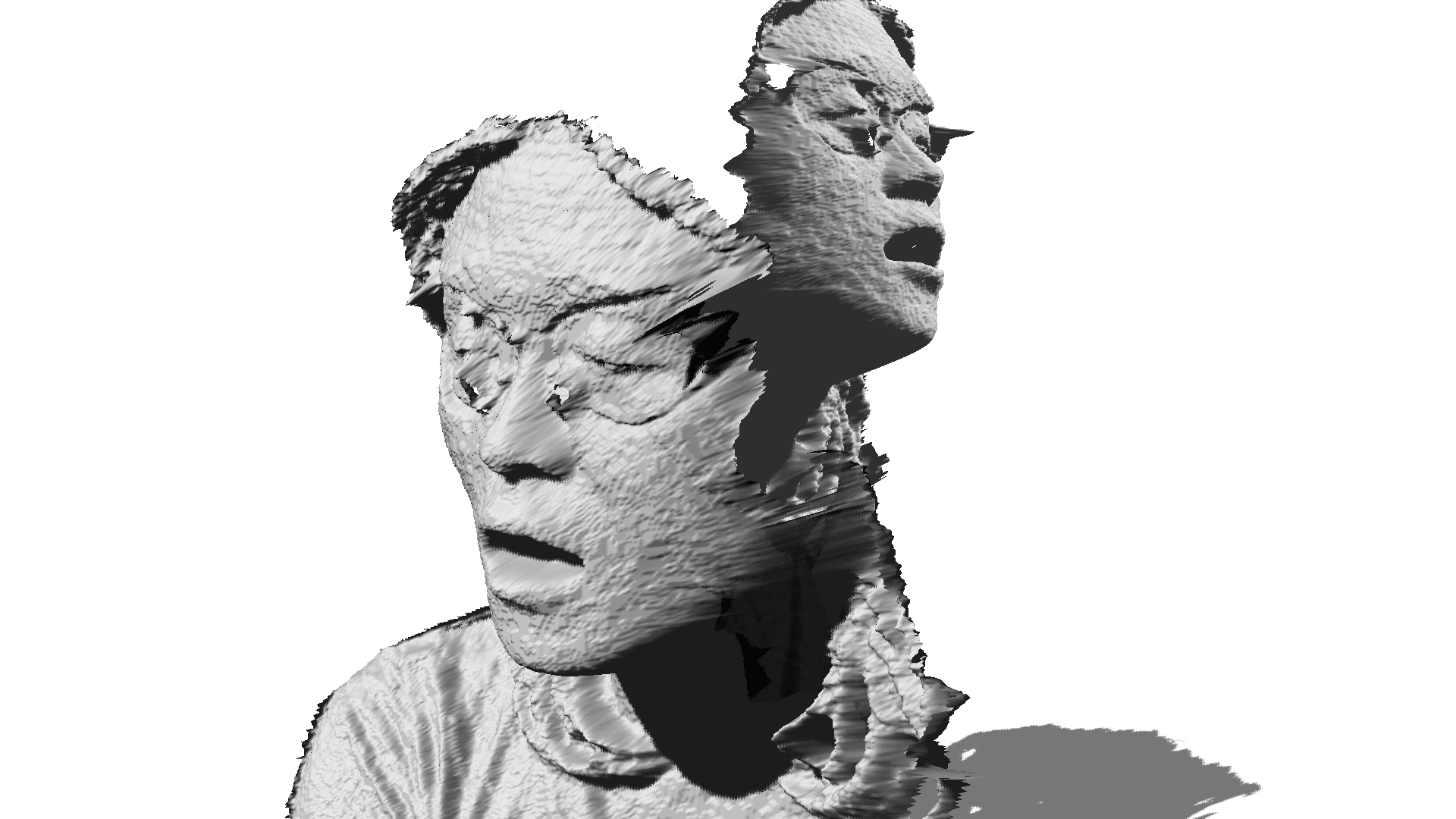 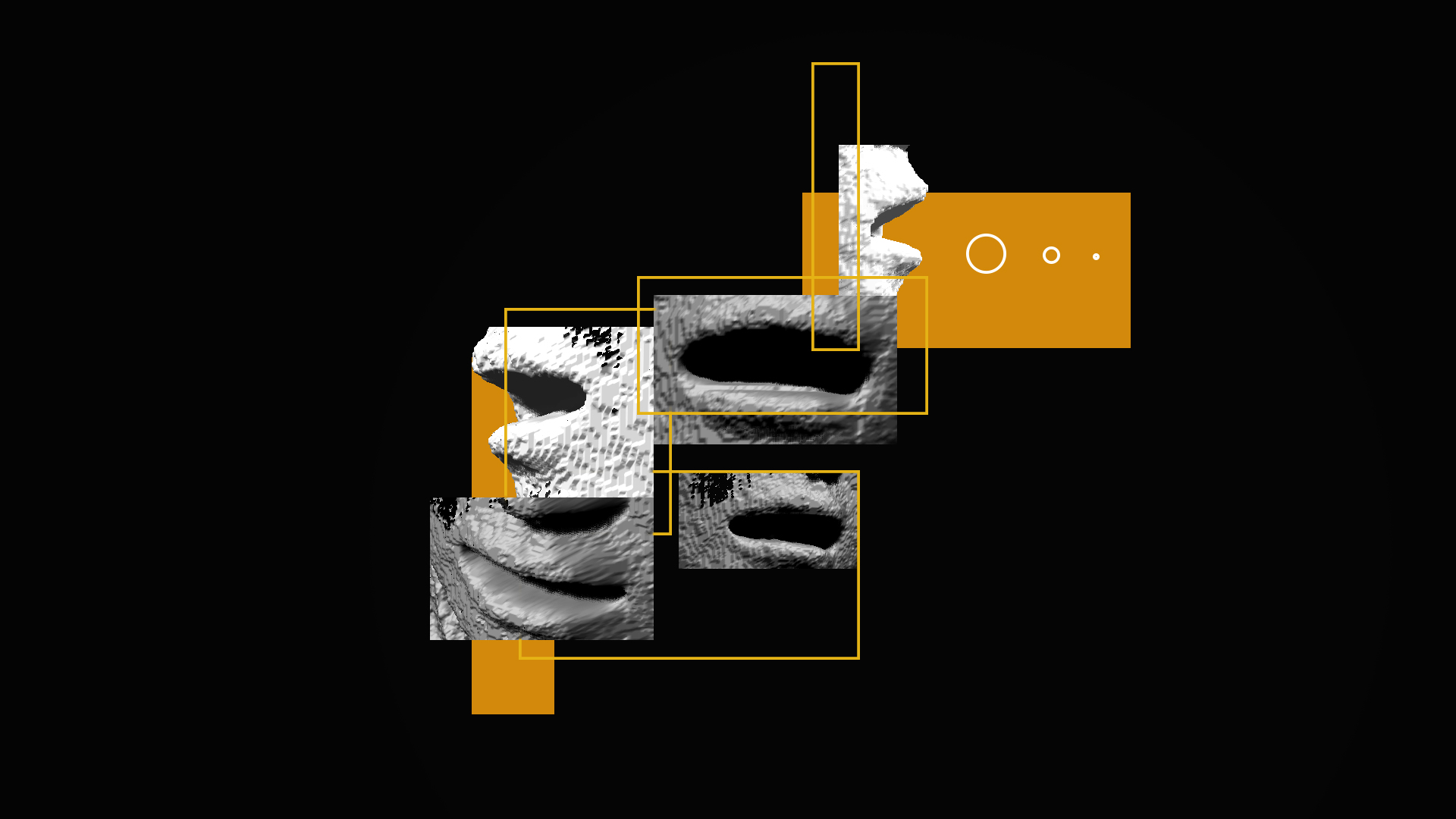 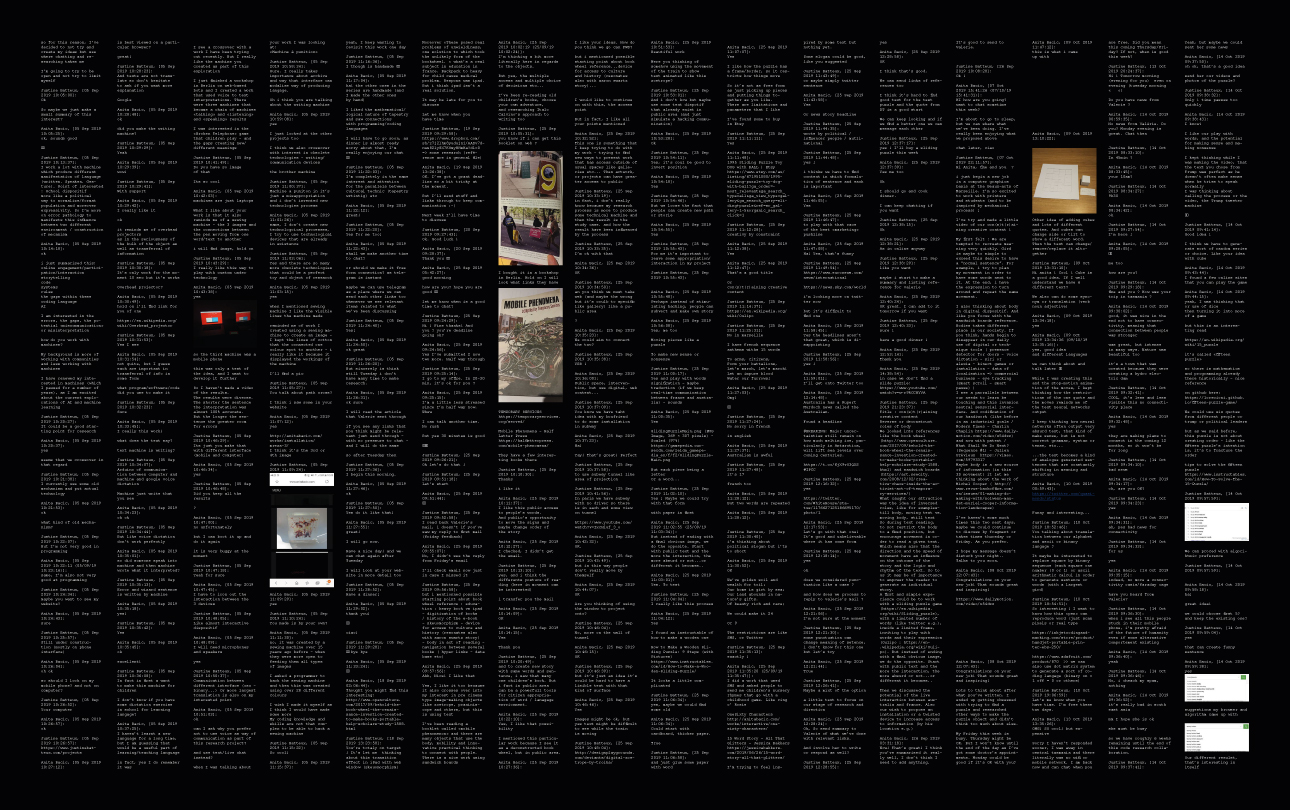 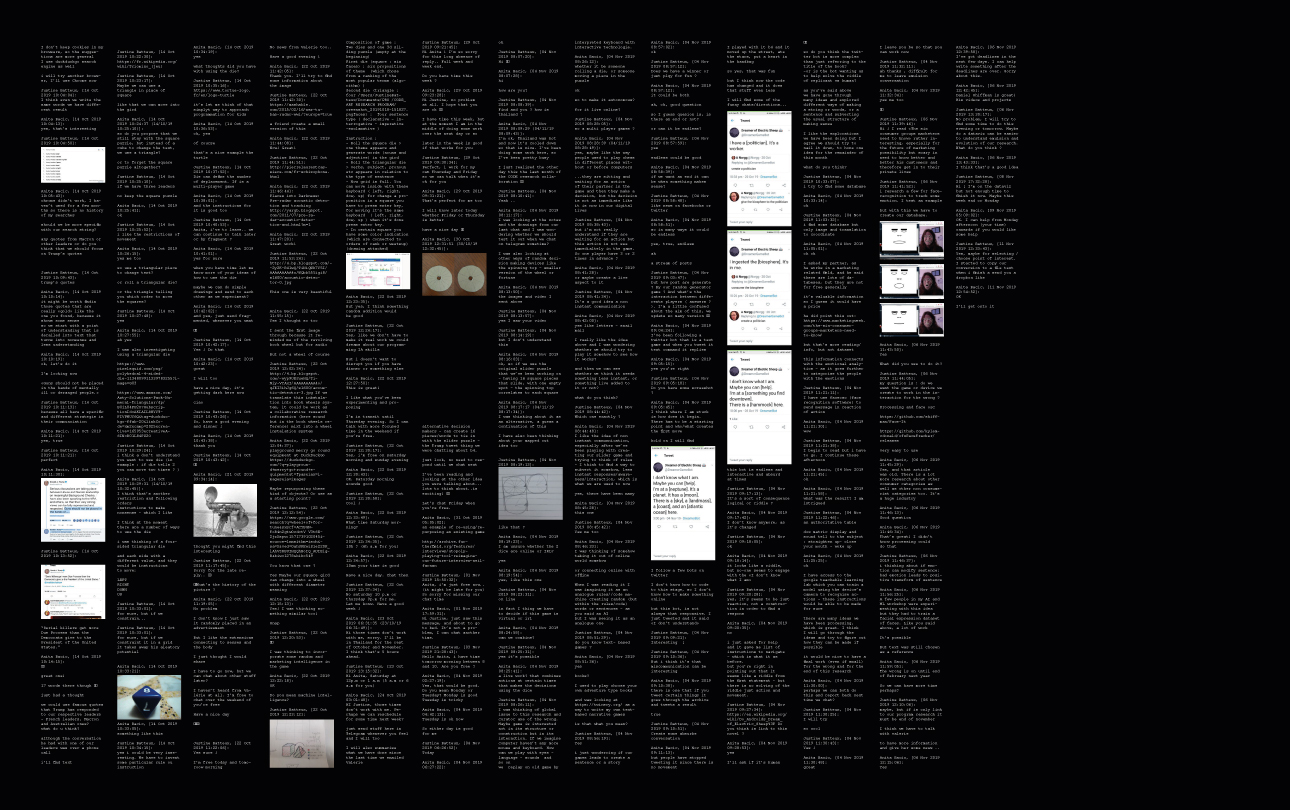 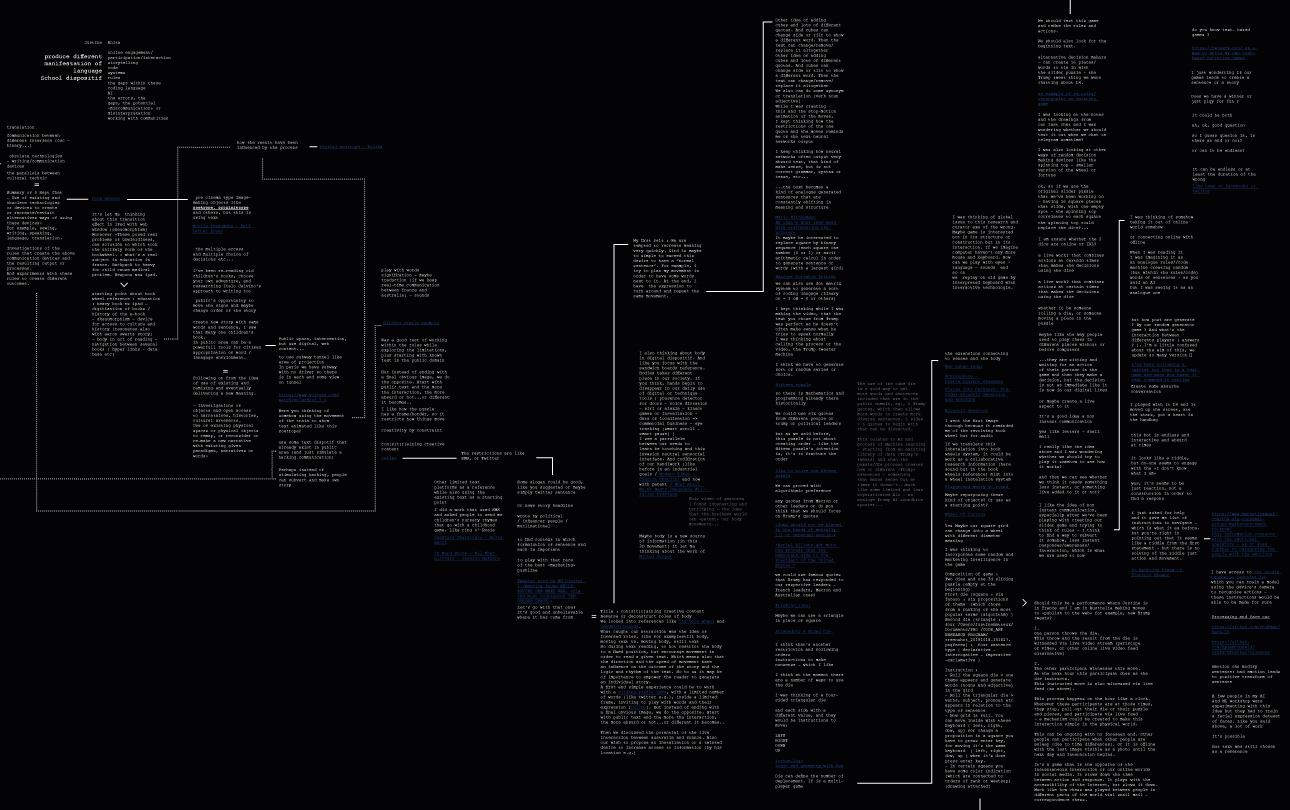 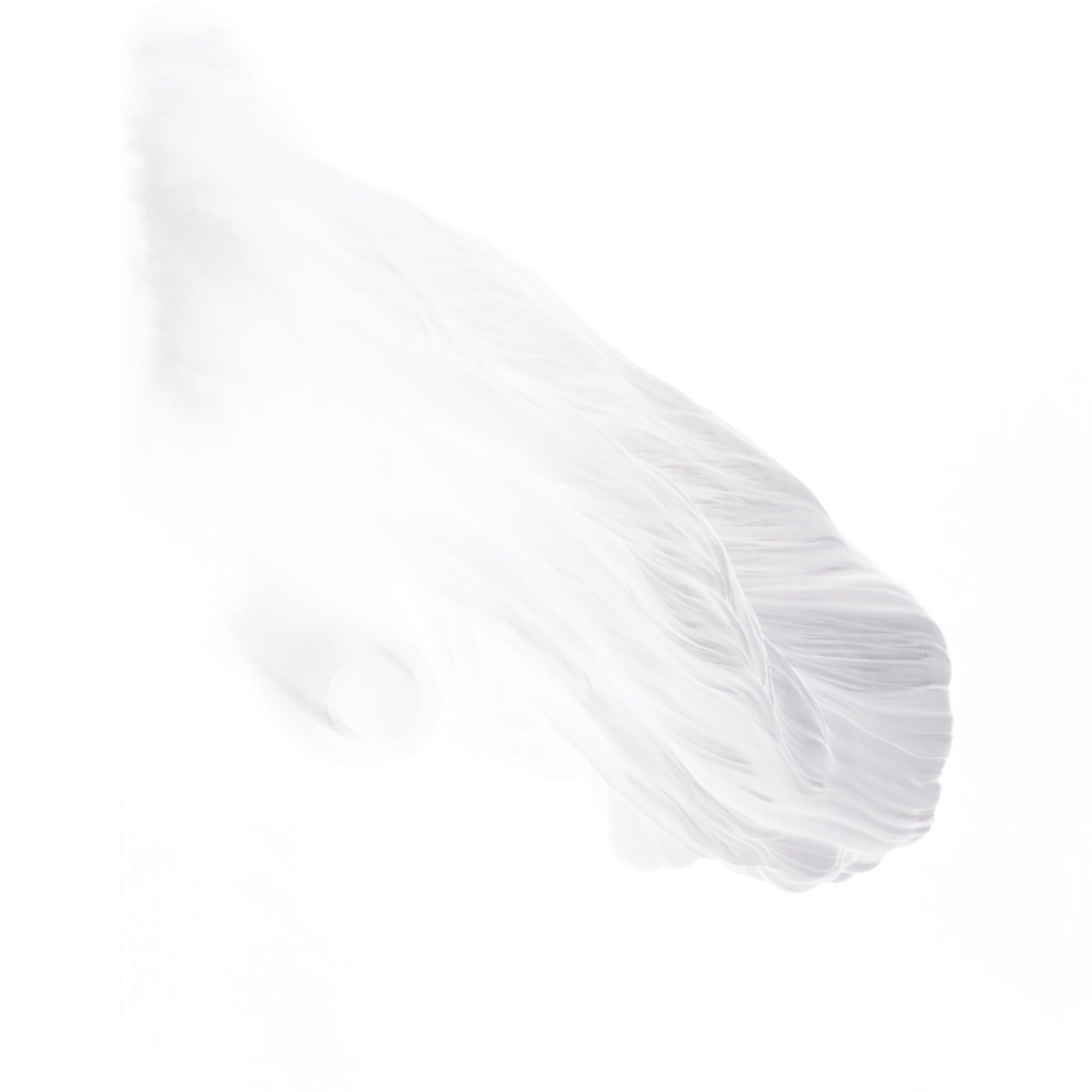 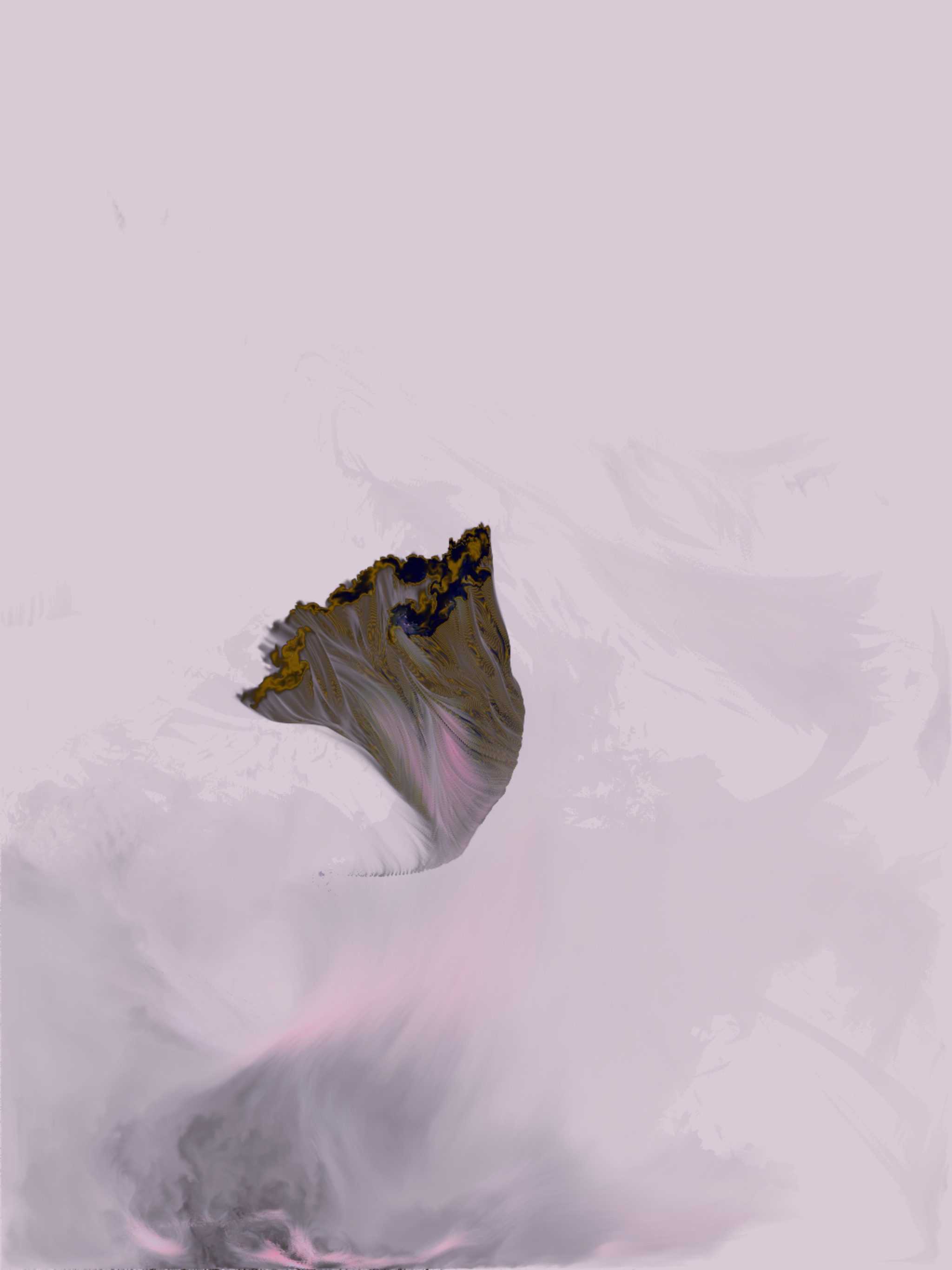 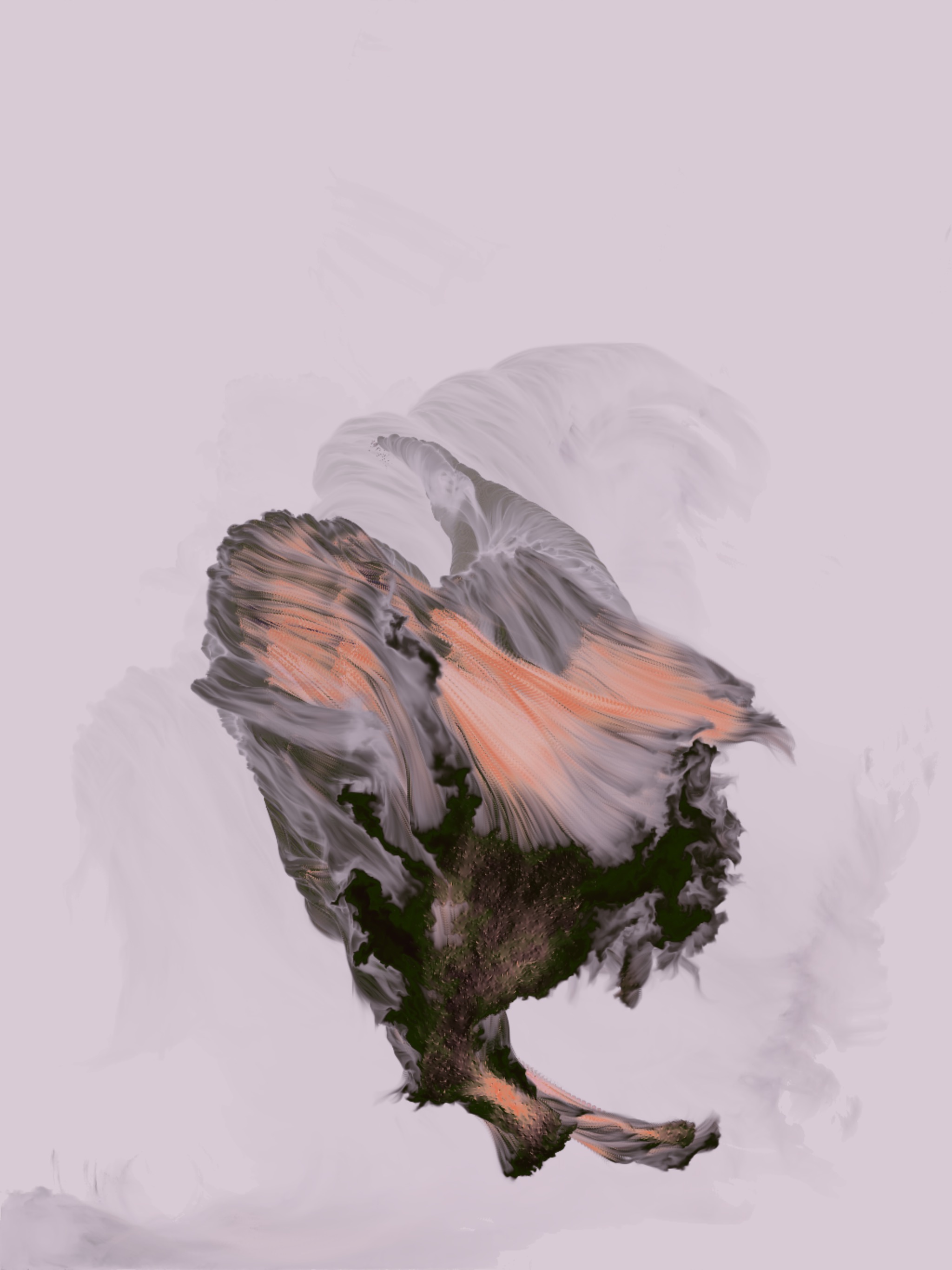 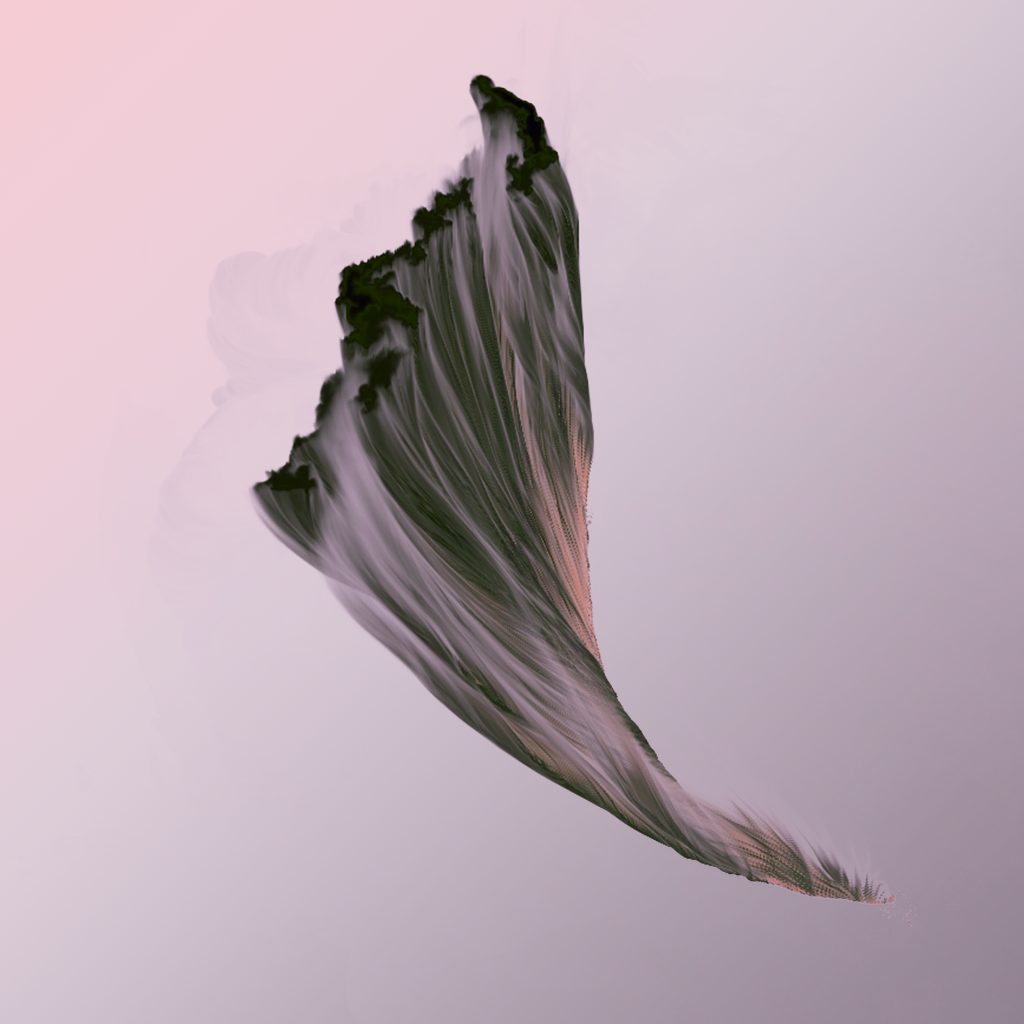 Sea
by Lara Tabet
Bordered by the Mediterranean sea and home to numerous rivers and groundwaters, Lebanon is considered a water-rich country in an overall arid region. This heritage has always been at the heart of strategical geopolitical struggles as well as corrupt local politics. Immediately after the civil war, the coastline became the site of real estate speculations as illegal constructions started popping up. From an ecological standpoint, the water is heavily polluted from chemical spills, untreated sewages and the garbage that overflows from neighboring leaking landfills. The seashore is a tool of power and the government lets it deteriorate to justify its future privatization.

Bordered by the Mediterranean sea and home to numerous rivers and groundwaters, Lebanon is considered a water-rich country in an overall arid region. This heritage has always been at the heart of strategical geopolitical struggles as well as corrupt local politics. Immediately after the civil war, the coastline became the site of real estate speculations as illegal constructions started popping up. From an ecological standpoint, the water is heavily polluted from chemical spills, untreated sewages and the garbage that overflows from neighboring leaking landfills. The seashore is a tool of power and the government lets it deteriorate to justify its future privatization.

Through the study of the Lebanese Mediterranean sea, Tabet comments on the neoliberalist politics that transformed the Lebanese waterscape by mapping its microbiological content.

Eleven seas examines the water bed at the microscopic level using color film as a bacteria incubator where microorganisms collected from the water itself can grow and alter the chemistry of the medium. Tabet travels the lebanese coast from South to North, withdrawing a water sample every 20 km and inoculating it onto large format color film. 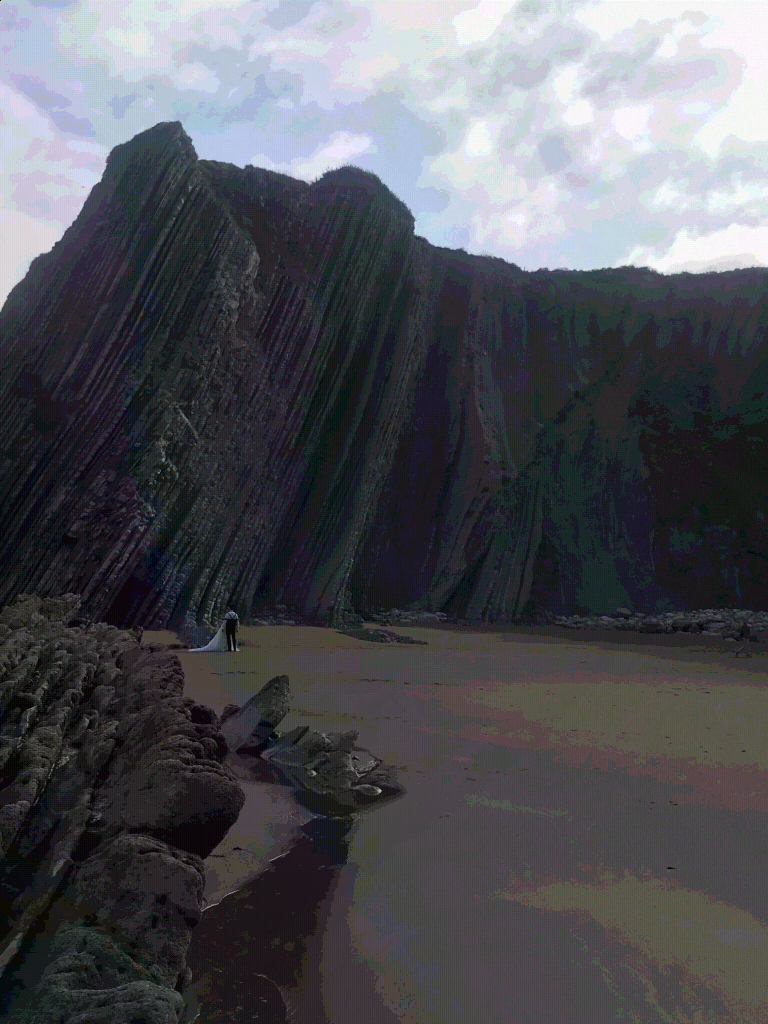 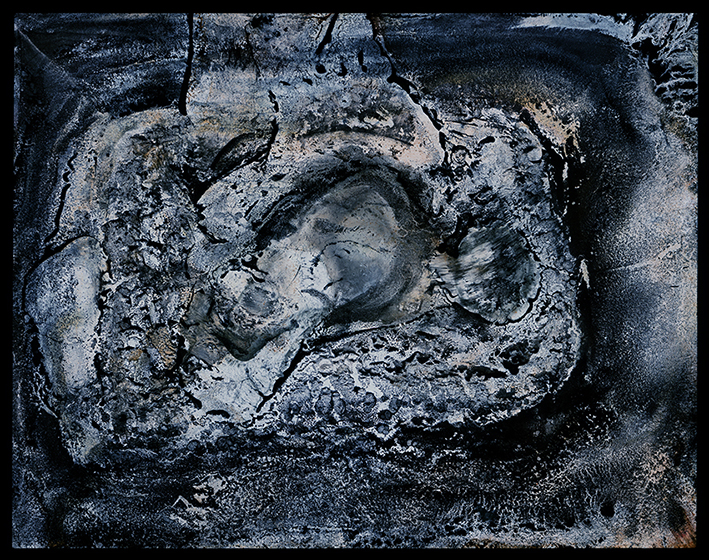 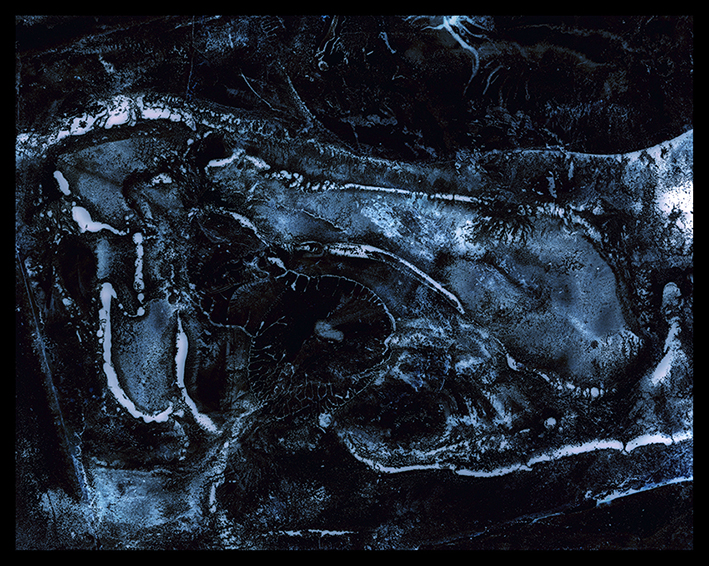 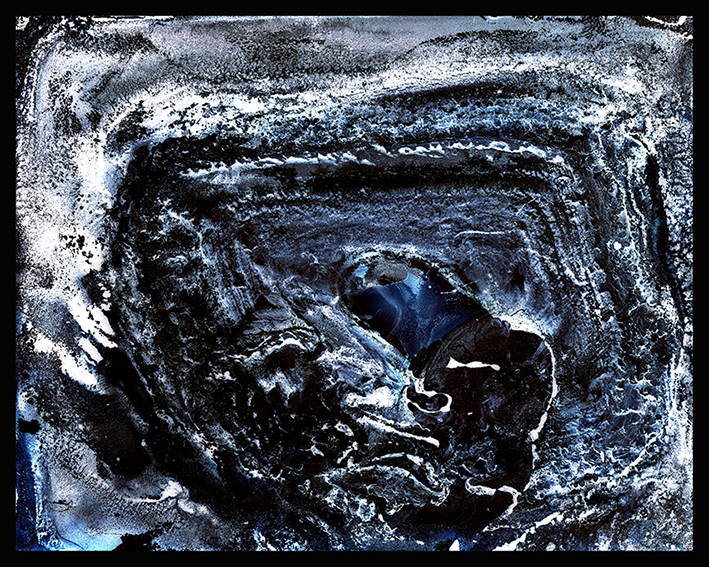 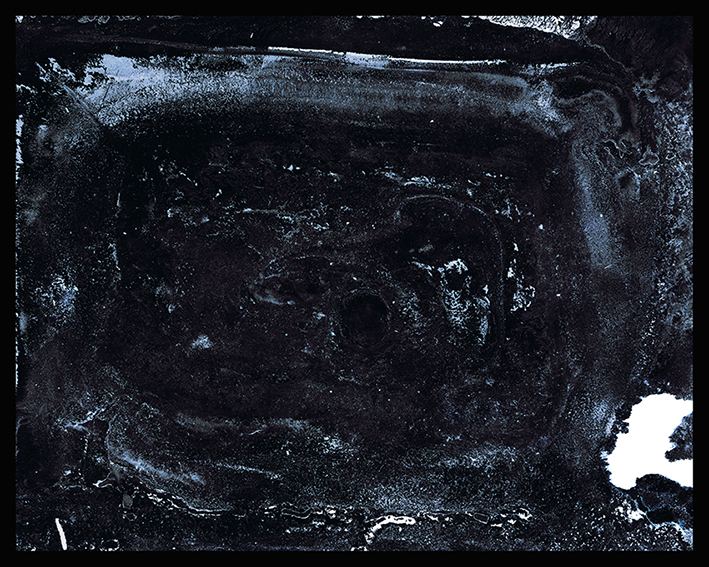 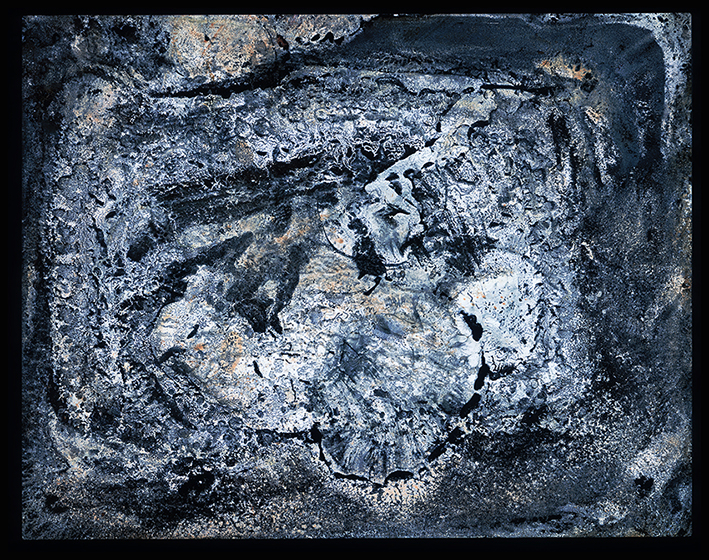 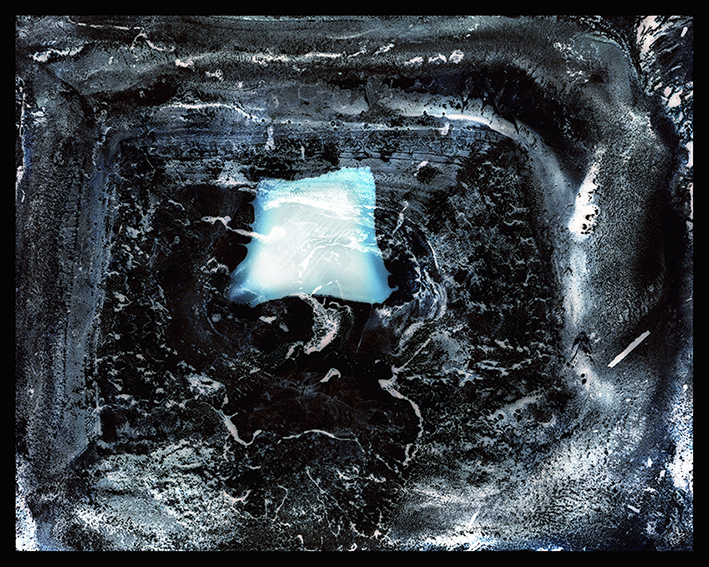 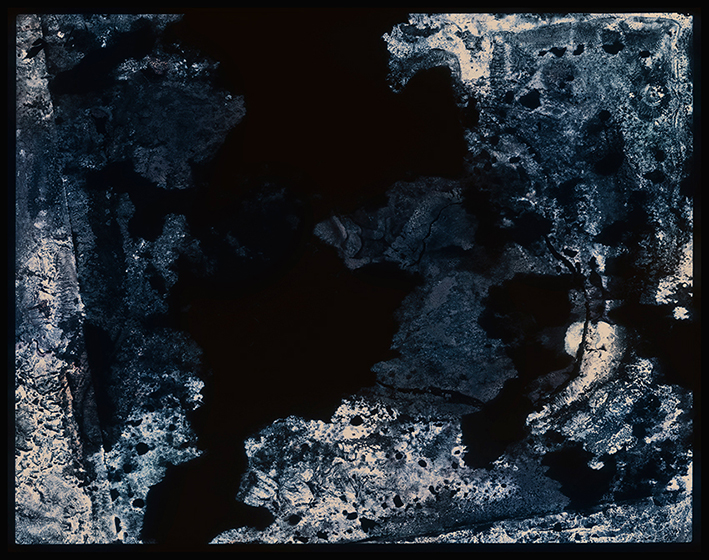 The visual materials and text materials on this web-site and related pages, is an inspiration for anyone, but stay the property of the author ©, and must not therefore be stealing and appropriated as it is.